Thank you for your patience while we retrieve your images.

Home»Personel Projects»“Inked: Art on a Living Canvas”, a photographic exhibit of tattoo art

This was a project photographing tattoos for an exhibit at the Smithfield Art Center. Most all of the tattoo art was created by a Richmond, Virginia tattoo artist, Brandon Saunders. Brandon's image is the first one in black and white. This is a continuing project for me.


Tattoos evoke a range of reactions – from interest, astonishment, admiration and reverence to consternation and abhorrence. They are met with open mouths or frowns, their bearers are judged or misjudged, awaking fear or desire. A tattoo always raises questions, whether in the mind of a friend or foe, consciously or unconsciously, whether the person concerned is educated and generous or narrow-minded and short-sighted, approving or disapproving. These questions do not so much concern the technique but rather the meaning of the tattoo, the purpose it serves, and it is the latter, most important aspect of the subject which is usually incorrectly described or not all. There are, admittedly, important ethnographic works on the history of the tattoos of primitive peoples living in distant corners of the globe, but only certain aspects of the world of the tattoo are described, not the phenomenon as a whole. This is, of course, due to its complexity and the fact that tattooing has been and is performed everywhere and at all times for reasons many and varied. Darwin wrote: “There is no nation on earth that does not know the phenomenon.”
- Henk Schiffmecher, “1000 Tattoos” 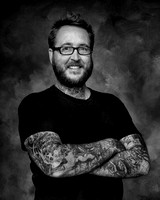 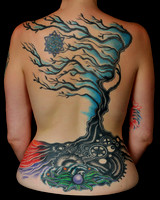 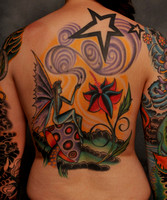 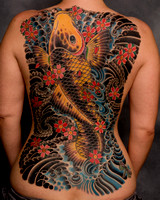 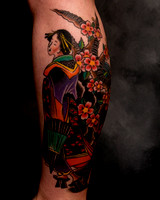 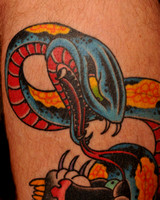 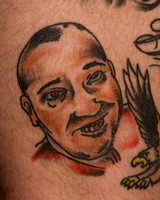 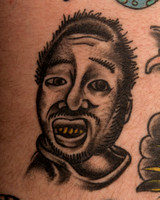 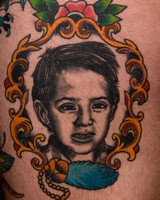